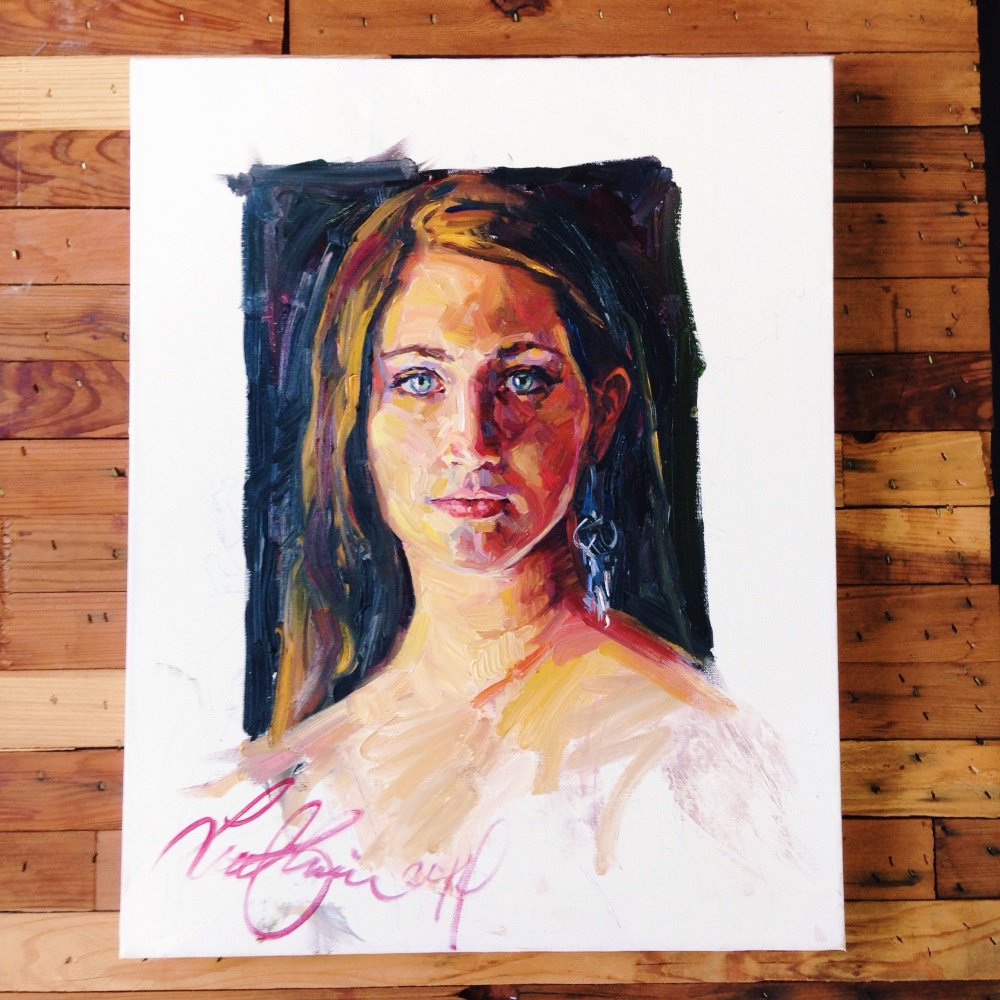 (Original canvas artwork by Liz Lindstrom for the cover of Dyad)

When I last wrote to you, Stephen had not even graduated from college yet. He did graduate, and we went to Universal Studios in Orlando, Florida and spent three absolutely magical days in the Harry Potter portion of the parks.

But then, things changed.

Stephen continued the interview process for his dream job. He didn’t get it. This same day that we found out he would not be working there, we bought oneway tickets to Europe. A month after we bought the tickets, we had sold everything, moved into backpacks, left our apartment, and begun a vagabonding adventure. We are in the middle of a driving tour of North America at the moment, and will be flying into Europe on October 2.

If you are interested in following the progress of our travels you can catch up on our blog at www.pursuingtheflightytemptress.com

With this new change in lifestyle, I am forced to also change my writing habits. I will not have a consistent place to work because we will be changing locations every few days. Laptops are heavy so I have switched to using a tablet. The backpack I am living out of is the size of a carry-on bag, so I am also not bringing notebooks. My entire writing process must change.

Though at times inconvenient, I am of course beyond enthralled with this new change of pace.

To accommodate our rigorous travel plans I have decided to work on one project at a time. Thus, I will be completing ‘The Empyrean Series’ before working on anything new. Part of my new system has been to eradicate the use of a keyboard. This will save me not only space, but also my arms; all the hours I have spent typing have led to trapped nerves in my forearms that caused my hands to go numb. Rather than having to type everything out, I have decided to use a program that allows me to read my handwriting to my tablet and converts my voice into text, creating a word document as I read.

Before I leave for Europe and beyond, I need to convert all of my handwritten rough drafts into word documents that are stored on my tablet so that I may work on them on the road over the months and hopefully years to come. The next installment in ‘The Empyrean Series’ is a rider titled ‘Inteneration’. With so much work and travel ahead of me, I have not been able to settle on a formal release date. However, I would like to see the work finished and the rider published before I jump the pond.

All of these changes are exciting and new. I am interested to see how my writing habits rearrange themselves as I progress in my adventures as a vagabonding nomadic indie author. In an effort to promote normalcy, I have decided to return to this space and continue my weekly blog posts. Thank you very much for your patience and support in the months that I took off. I look forward to hearing from you all again soon.