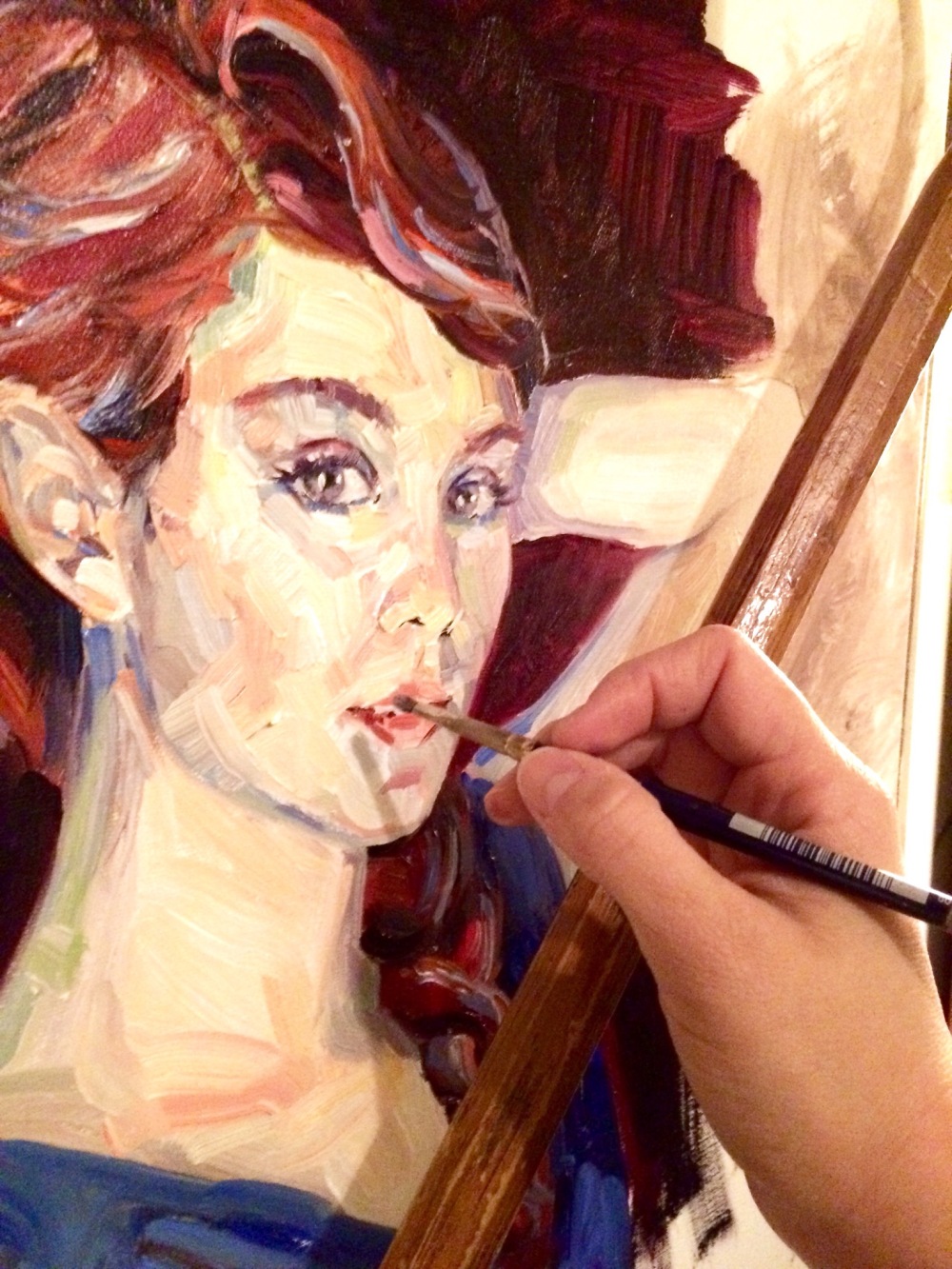 (The most revealing preview yet!)

I can’t believe it’s time!
It’s surreal to think that this book, this portion of my life, is over.

Here I am at age 14 writing the original manuscript (and looking pleased at being interrupted):

It’s been ten years since the start. Also, I still have that purple notebook in the picture.

I’ve been asked how it feels to finally finish it and get it out there. I have two main emotions:
1) Relief. (Thank God that’s over!)
2) I never want to look at that manuscript ever again. (No one – and I mean no one – should work on the same manuscript for ten years.)

A lot of the ideas in the original manuscript have made it to publication. Pretty much all of the characters, though not all of the events have stayed the same. The basic story line has remained.

I began this work when I was 14 after I read an interview in Nickelodeon Magazine with Christopher Paolini, author of The Inheritance Cycle (Eragon is the most well-known of the books).
The interviewer asked how old Paolini was when he began the books. He said that he was 15 when he started Eragon and the reason he began the book was because he was home schooled and graduated early and needed something to do (it is also worth noting that his parents owned a small publishing company, so he was able to immediately see his work in print).
I remember lowered the magazine and staring at the wall.
I was home schooled, and I was 14 – only a year younger than Paolini!

It was then that I realized there are no age restrictions to your dreams.

This work represents a decade of my blood, sweat and tears; of my family probably wondering what on earth would happen and who I was becoming; of sleepless nights spent writing and editing; of countless conversations about the story and publication; my 17-year-old self driving across towns to interrogate published authors – complete with a clipboard and carefully thought out questions; this work is ten years of hope and fear.

I’m sure it’s not perfect. I’ll probably die a little when someone points out a typo I’m sure to have missed.
But that’s okay.

I’ve done it, and it was worth it.