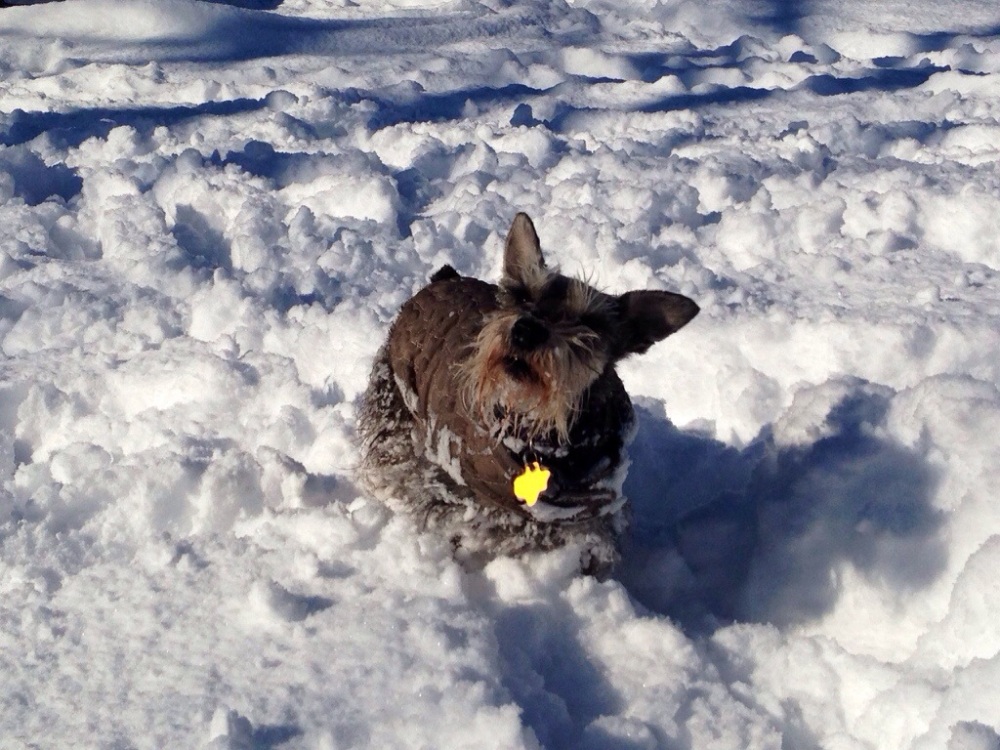 (Katie barking at me in the snow)

The last two years have been strange. A whole lot happened.
I moved three times. Three people I was close to died. I lost basically all of my friends. I got engaged and then married. My sister got married. I didn’t work because I couldn’t so I wrote instead. Then I didn’t write because I couldn’t so I worked instead. Then I quit my job to write. I traveled in Sweden, Denmark, Switzerland, Poland, Hungary, Spain, Grand Cayman, and around the USA.

In the last two years, I’ve learned the importance of asking questions.

When life moves quick and heavy, anything that was less-than-anchored is pulled suddenly away. Flimsy, halfhearted beliefs will not stand.
If you don’t know WHY you believe what you believe, WHY you do what you do, then you don’t really have a foundation. And you need one.

Not everything changed for me. The big pieces of my life remained the same, actually. I had nailed down that framework well enough that all that changed was how I viewed things.

I was not prepared for all the events that hit me. I got through them by not to being afraid to ask questions. Asking tough questions leads to real answers.
I was lucky in that I had learned how to ask those questions. I learned not to be afraid to seek out the truth – no matter how cold or confusing it can be. It is through asking those questions, testing my own beliefs and values, that the foundation of my life held strong.

I am still me, even after such rapid changes in all emotional directions.

Part of having an open mind is allowing yourself to explore options. Wrestling with whether or not there is a God – and asking ‘then what?’ on both answers, testing whether what you valued is truly worthy, asking WHY you are or are not okay with something and then asking if that’s a valid reason; these are some tough questions.
Even if you think you know the answers, it never hurts to explore them again. If nothing else, it will further anchor you in the direction you wanted to go and the person you wanted to be.

After all, if you don’t ask, how can you be sure?