Valentine’s Day was a little rough.
We were on day 2 of no power in our house. We spent the day out of the house, which helped, but as evening neared we turned our minds to our Valentine’s celebrations.

We just knew that the power would be back on that evening. When we got home we saw this: 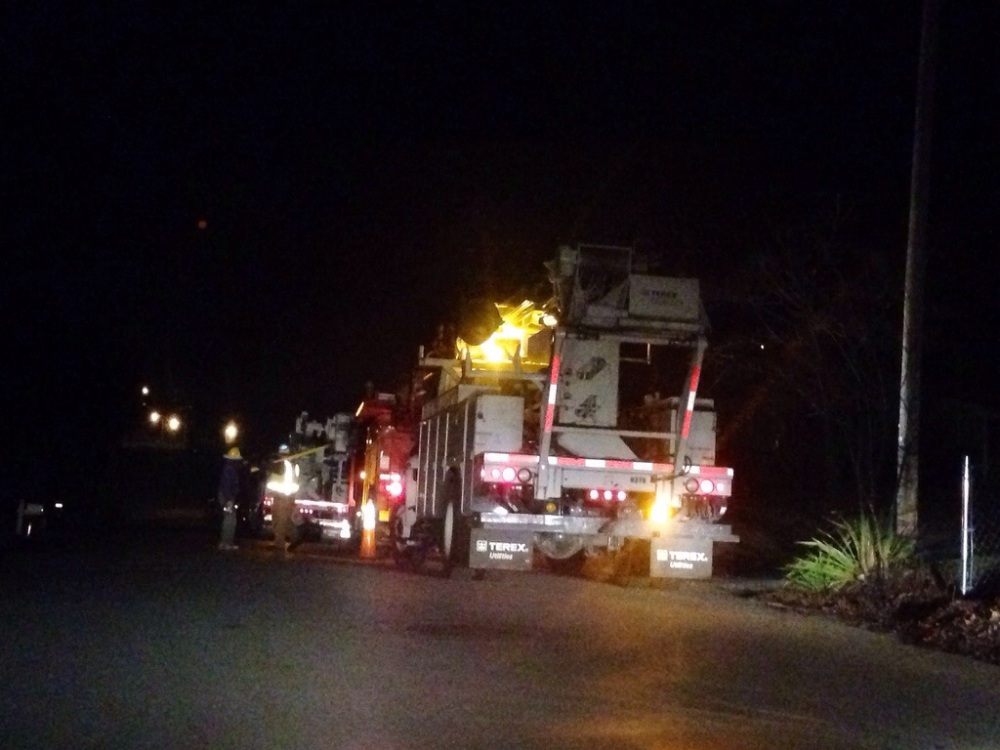 They were working on the power lines across the street! We waited, excited. The people across the street got power.
Then it started to rain.
S went over to talk to the workers, but before he got to them, they all drove away. We still didn’t have power.

As a very introverted person, I like quiet evenings better than crazy ones most of the time. Accordingly, S has planned a lovely evening in. He was going to cook my favorite foods – he even had dessert planned. He had selected a movie for us to watch. He had the whole evening planned out.

And we couldn’t do any of it in a house without power.

It was difficult to accept that the first set of plans wouldn’t work. We were both a little depressed.
However, Valentine’s Day is also S’s birthday. We had two things to celebrate, so we decided to buck up and rearrange our plans.

First, we went to a Japanese Steakhouse for dinner:

We hadn’t really had any hot meals for the last couple of days, so the food was especially delicious.

We told the waiter it was S’s birthday, and they brought this out for him:

Pineapple and an orange! S loves pineapple, and since it wasn’t cake I could eat it too.

Next we went to see a movie. I’m not one for chick flicks, so we saw Monument’s Men. It wasn’t bad.
We finished the night with some drinks, and then headed home. 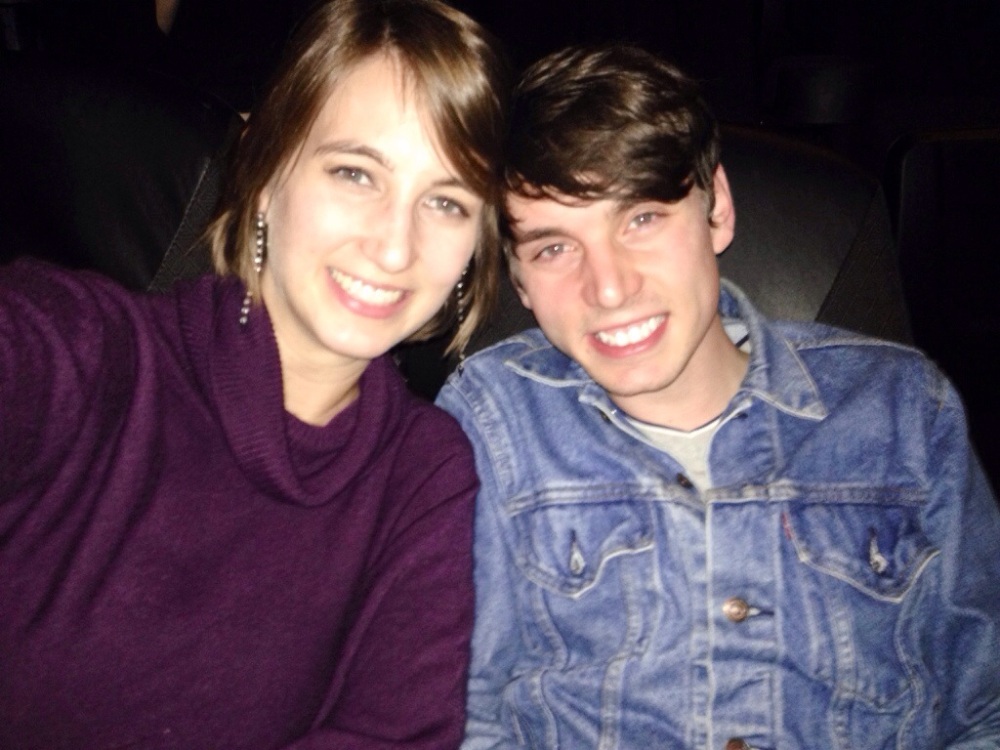 In all, it was a nice night, despite the fact that it was nothing at all like I pictured.