Last week didn’t really feel like a week; it felt like two weeks. We were hit by another snowstorm here in Tennessee.

It all began on Wednesday evening. It had been snow-sleet-raining off an on all day, but nothing stuck. By late afternoon, though, it looked like this: 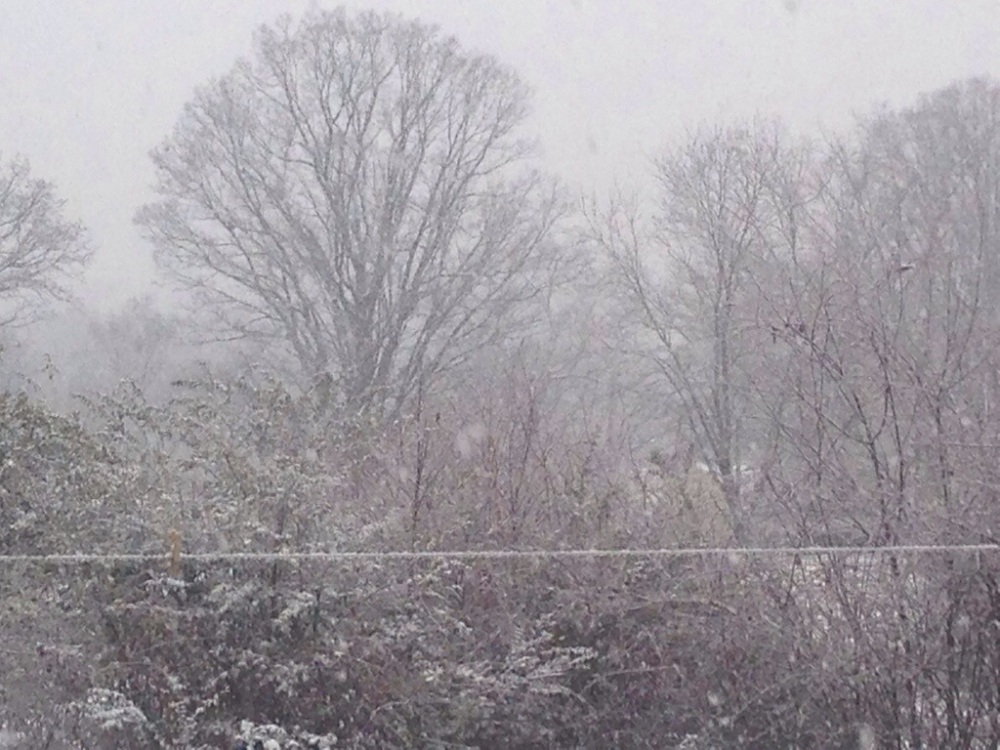 By 10 o’clock that night, there was quite a bit on the ground. So, naturally, I wanted to go for a walk.

(Me an S on a moonlit walk in the snow)

The next morning, we woke up to a beautiful view, and…no power. Our electricity was knocked out in the middle of the night. No lights, no hot water, no stove or oven, no heat. Luckily it stayed between 60 and 65 degrees Fahrenheit, because we did not get power again until Saturday morning.

(The view from the kitchen window at 7am)

We had quite a bit of snow!

(My feet in the snow)

Katie surprised me in that she loved the snow. It came up to her chin, so she did this funny bounce-leap-plow thing to get around. Here she is mid-bounce: 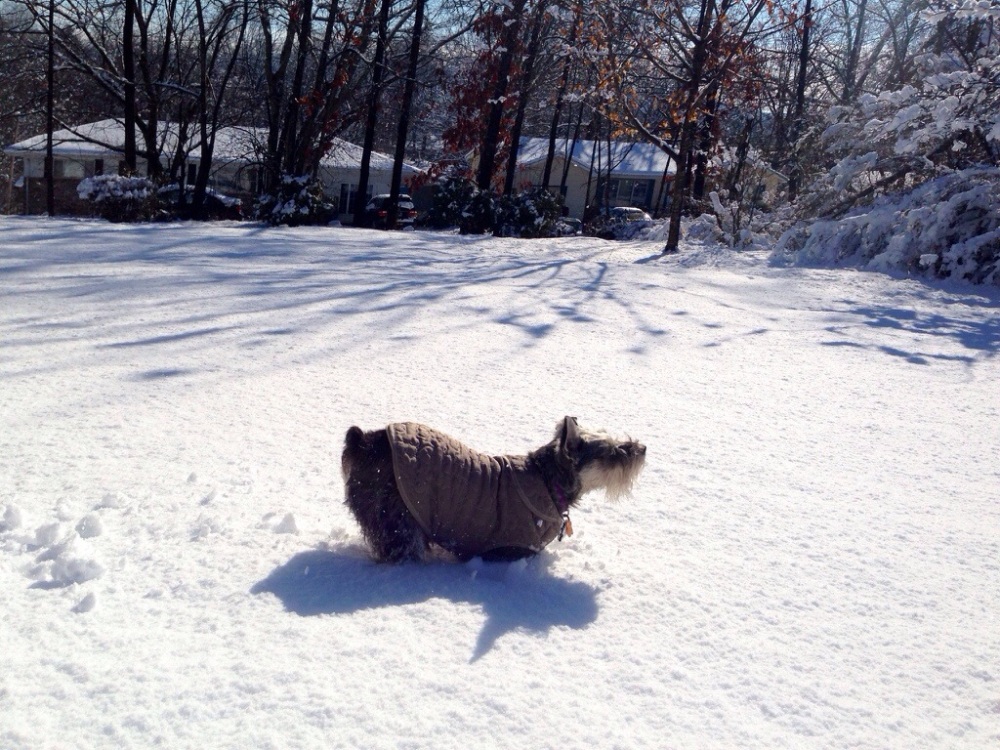 S and I built a snowman. S decided he needed a hat.

(Katie plowing through the snow)

S kept throwing snow at her. For some reason, she very much enjoyed this. She followed him around everywhere, waiting for him to throw more snow.

We took a walk around the neighborhood. S liked this car covered in snow, parked in someone’s front yard.

It was good we went out when we did. It warmed up so much through the day, that most of the snow melted.

(Family snow picture. Katie looks irritated because she wanted to keep jumping around.)

The morning we spent playing in the snow was the best part of last week. We stopped to enjoy the moment and each other, and to remember that time spent together, appreciating life and having fun, is important.