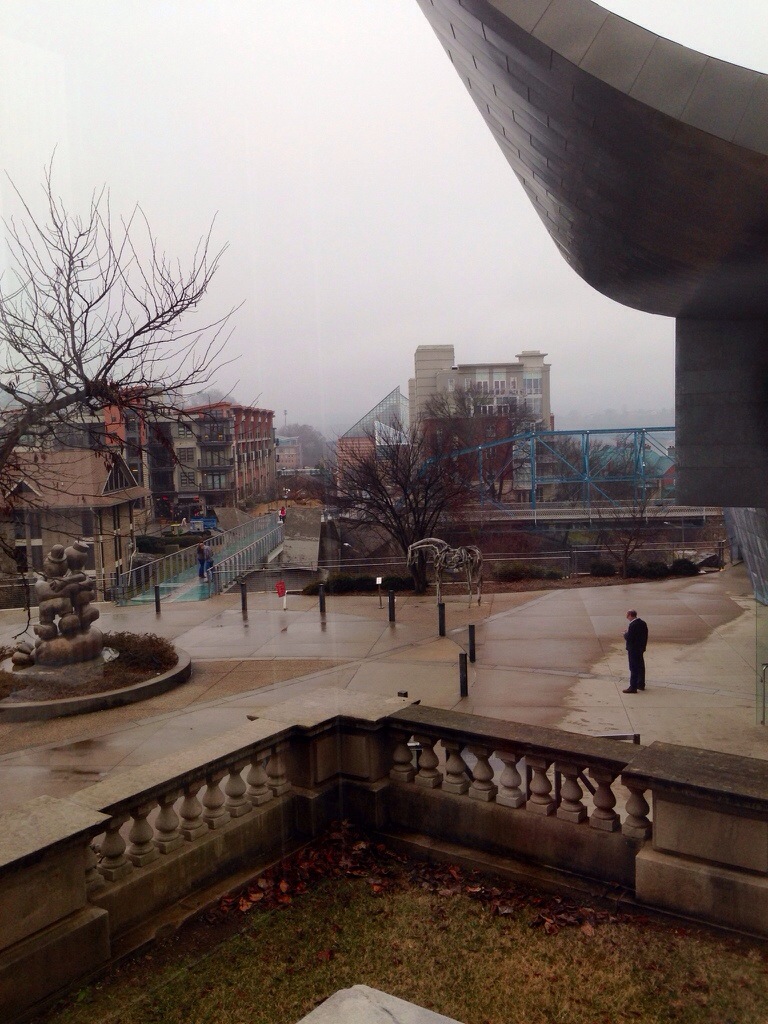 (View of our city through the fog)

Sometimes, you have to answer them. (My favorite were people who came up to me when I was in Europe because they thought it was appropriate to attempt to force me to answer for every thing they thought was wrong with America. Just trying to buy a coffee here, thanks though.)
However, more often than not, I’ve found that silence is more appropriate.

When people say something offensive, that particular moment is usually not THE moment to address the issue. Most of the time, people will defend their actions rather than apologize. So a fight ensues. Emotions run high.

Quiet consideration and grace for what happened is usually far more productive. If it still bothers you, bring it up later, when you feel less strongly about it. Immediate countering will oftentimes provoke anger, and can bring an end to friendships.

Show someone the kindness you would want after you’ve just said something stupid.