Sweet Katie is of course an inside dog. She doesn’t spend a lot of time outside. Even so, I check her every so often for fleas. She has a skin allergy in the summer, but that finally faded with the change of seasons. I noticed her scratching a bit more than normal, so I looked and found a flea. I checked her carefully, all over, on three different occasions, but never found more than the one.

If you’re a pet owner, you’ve probably heard of the brand Frontline. It kicks some flea-booty for sure. However, I don’t like how oily it leaves the fur.

Since Katie didn’t have a true flea infestation, I looked into natural, gentler ways of getting rid of fleas. I learned two things:
1) adding a tablespoon of apple cider vinegar to their water bowl supposedly makes the dog taste bad to the flea.
2) Fleas don’t like rosemary oil

I added the apple cider vinegar to her water bowl, and then I did a ‘rosemary flea dip’.

To start off, I boiled 2 cups of fresh rosemary sprigs in water for half an hour.
It made some pretty nasty green soup:

After it was done, I strained it and was left with this: 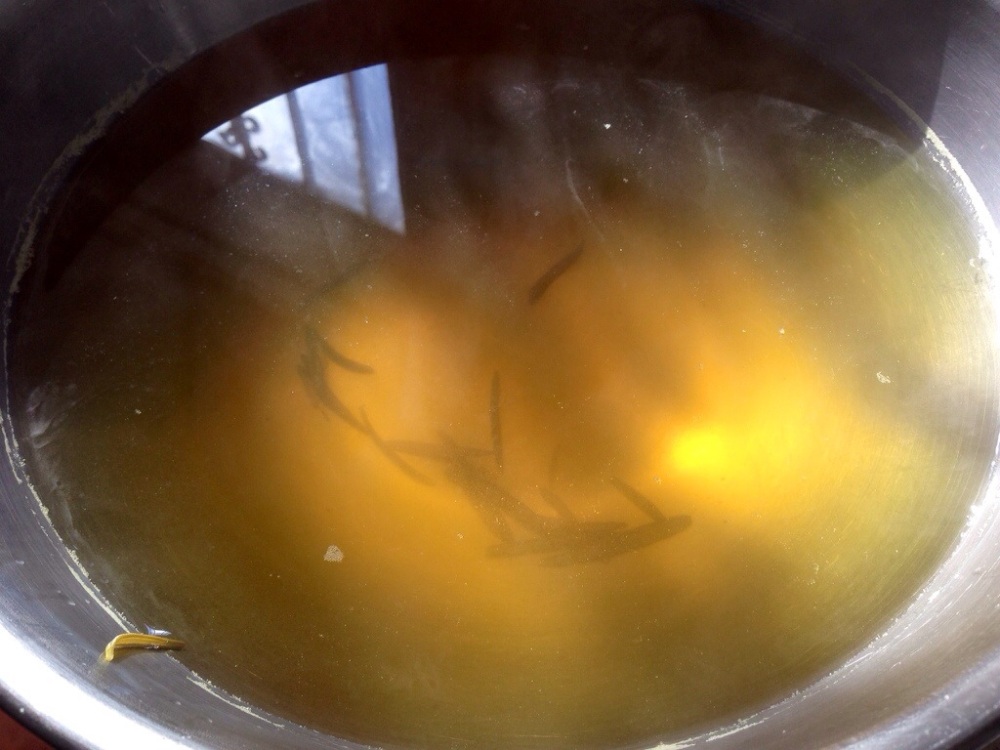 I bathed Katie with regular dog shampoo and warm water. I read that you can mix the rosemary with up to a gallon of warm water. So I mixed it with some water and poured it all over her.

I read that the dog should be air dried.
But, after a short fiasco involving a hair dryer and a panicked, soaking schnauzer trying to climb into my lap, I gave up on that. I wiped her feet off and let her go.

I’ve checked her several times and found no fleas. She’s stopped scratching, too.