If you’ve been following the fall gardening updates, you probably know we’ve been a little worried. We had to plant 3 times and it’s been a little stressful.

Well, things are definitely looking up! In fact, some of it is ready to eat. 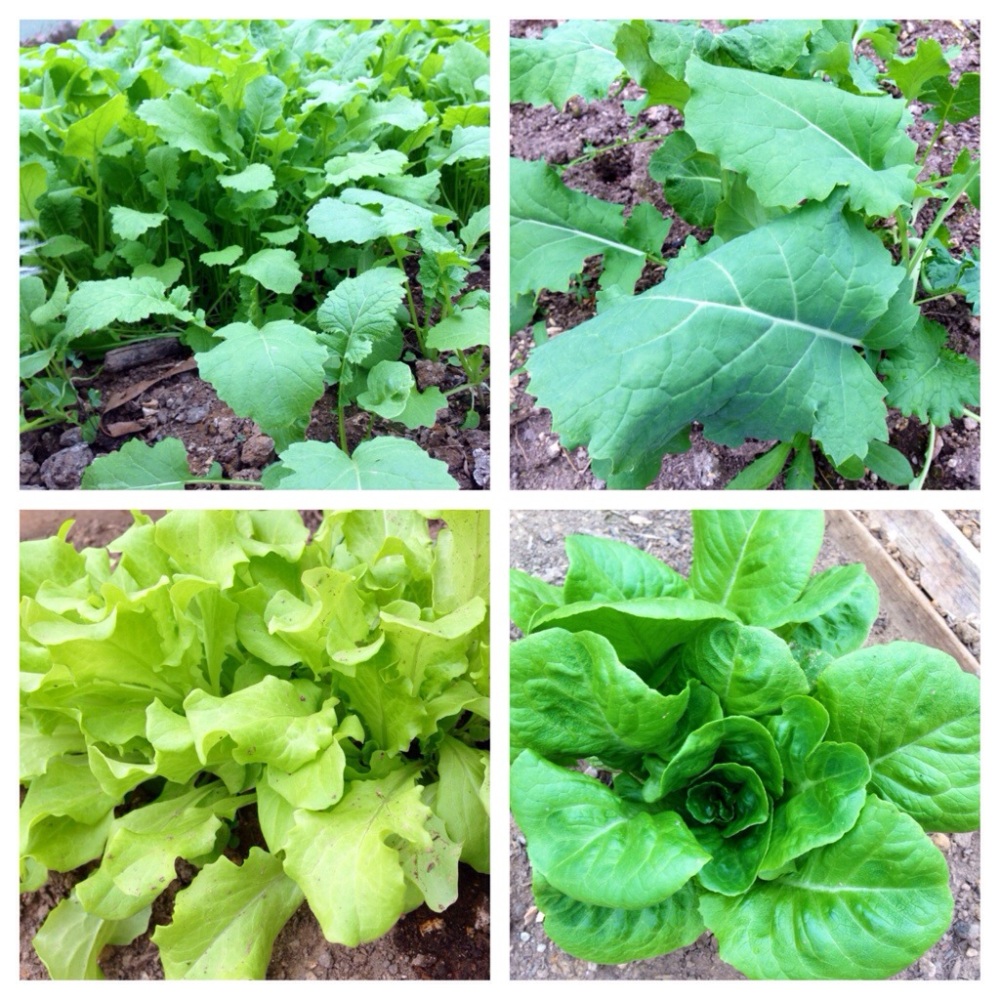 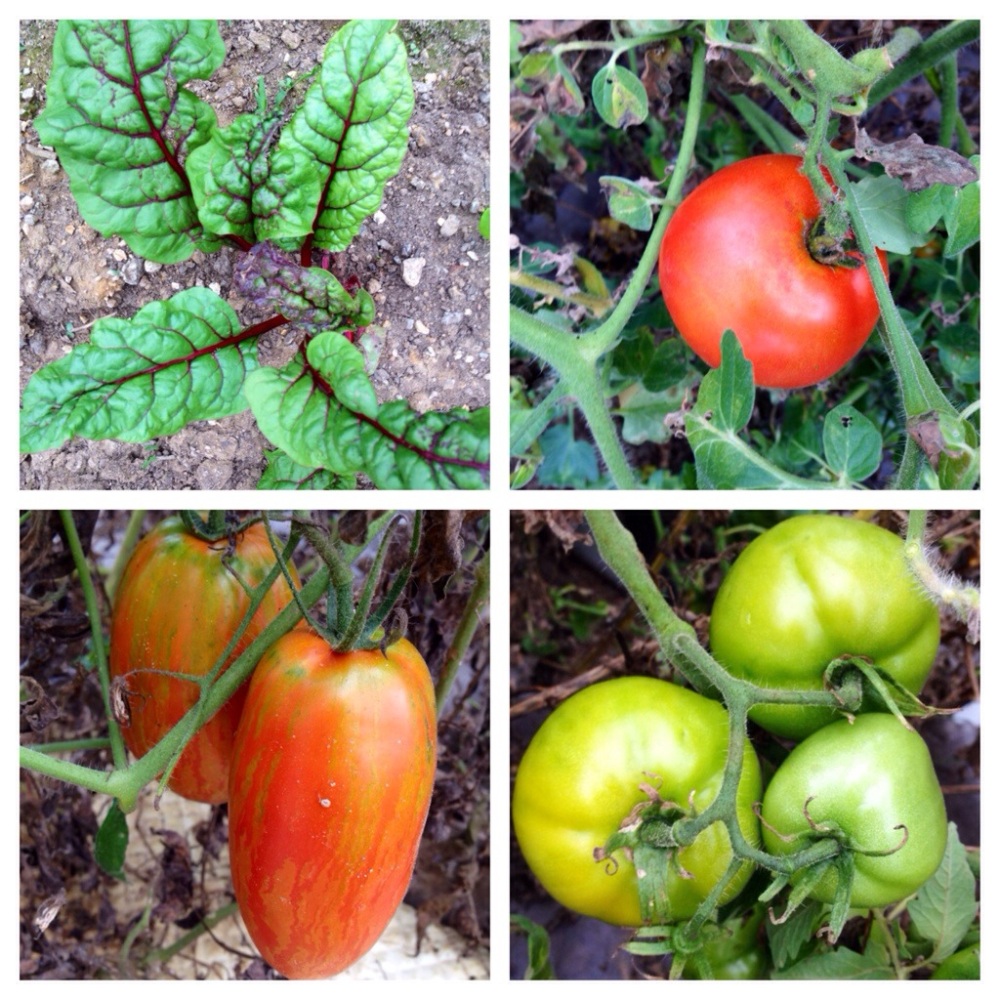 S decided it would be a fabulous idea to try the kale.
When he has kale, he usually juices it. As you can tell from his face, he was less than enchanted.
Then he decided to give it to Katie. She knew she was supposed to eat it, but she has never been a salad fan. 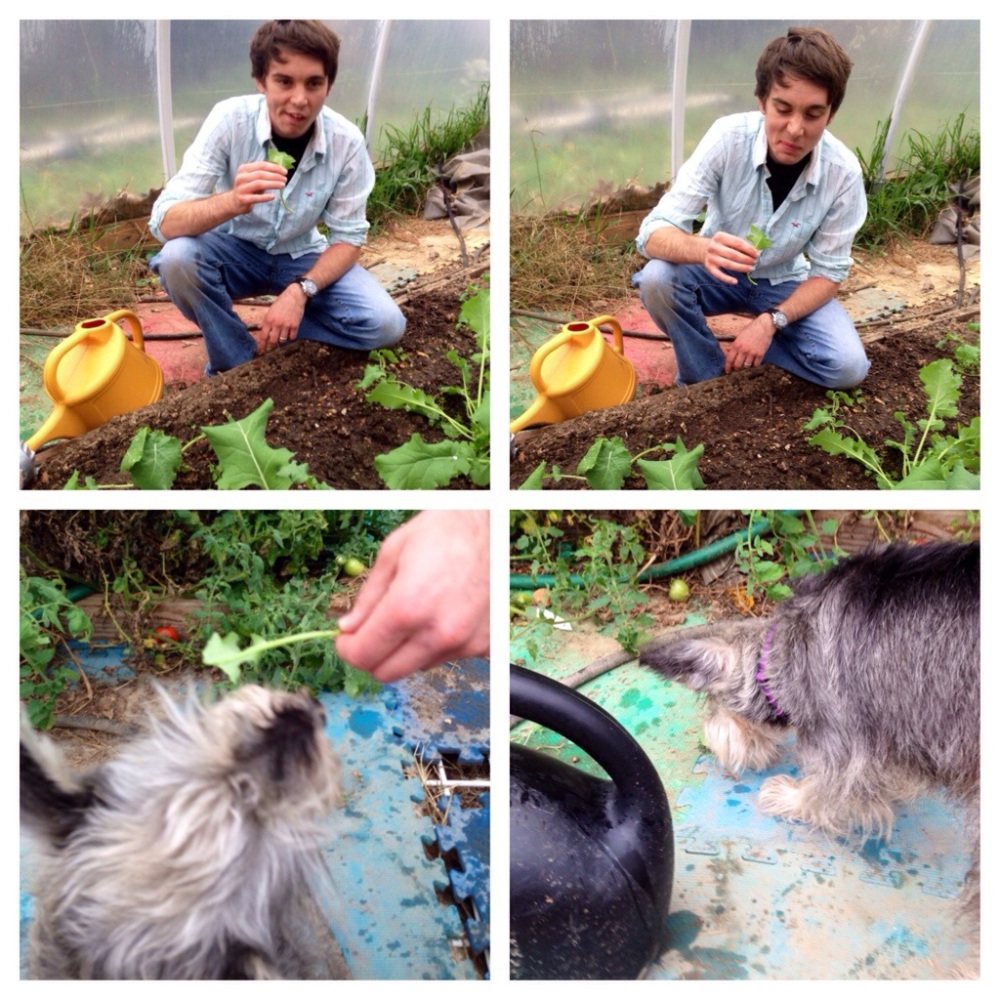 Then he decided to try some of the lettuce.
It must have tasted better to him because, instead of giving it to Katie, he insisted that I try some. 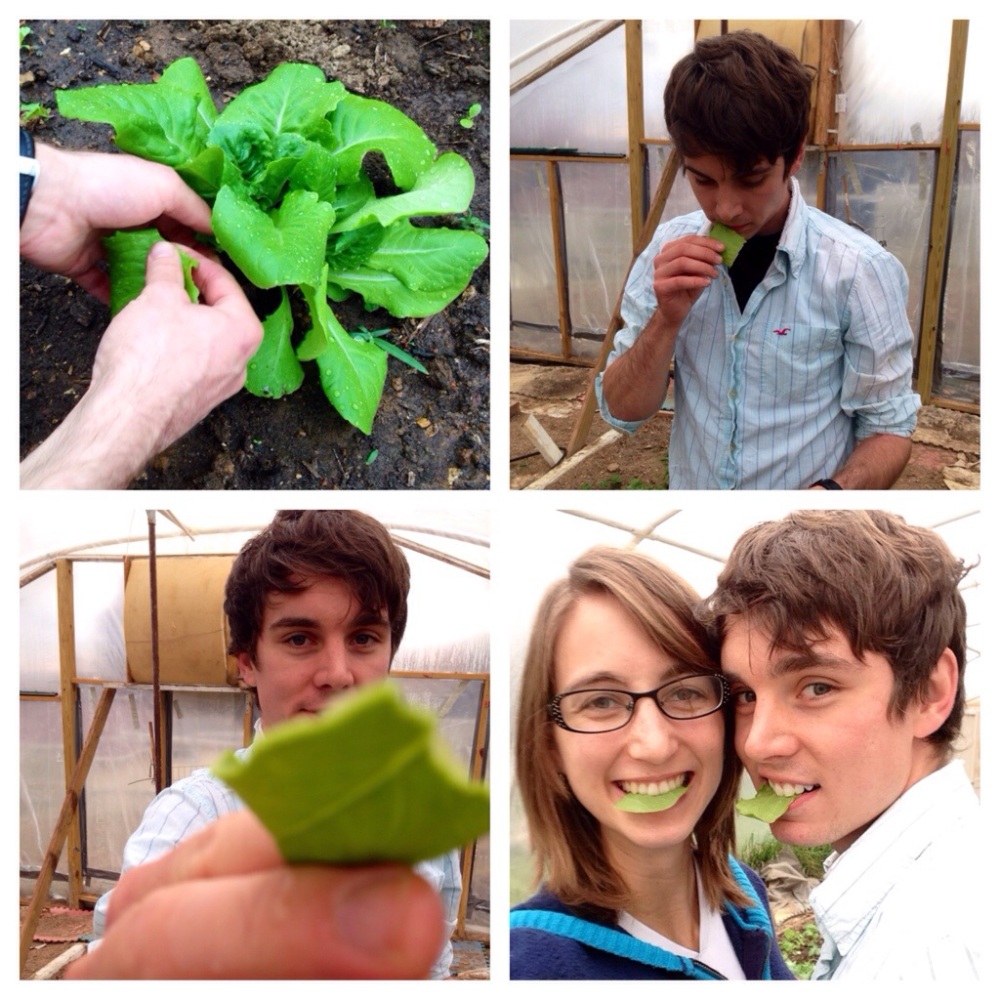 We’re still getting some produce from the summer plants. Tomatoes and peppers are all that’s left.
(S picking a peck of pickled peppers. …wait. That’s not it.) 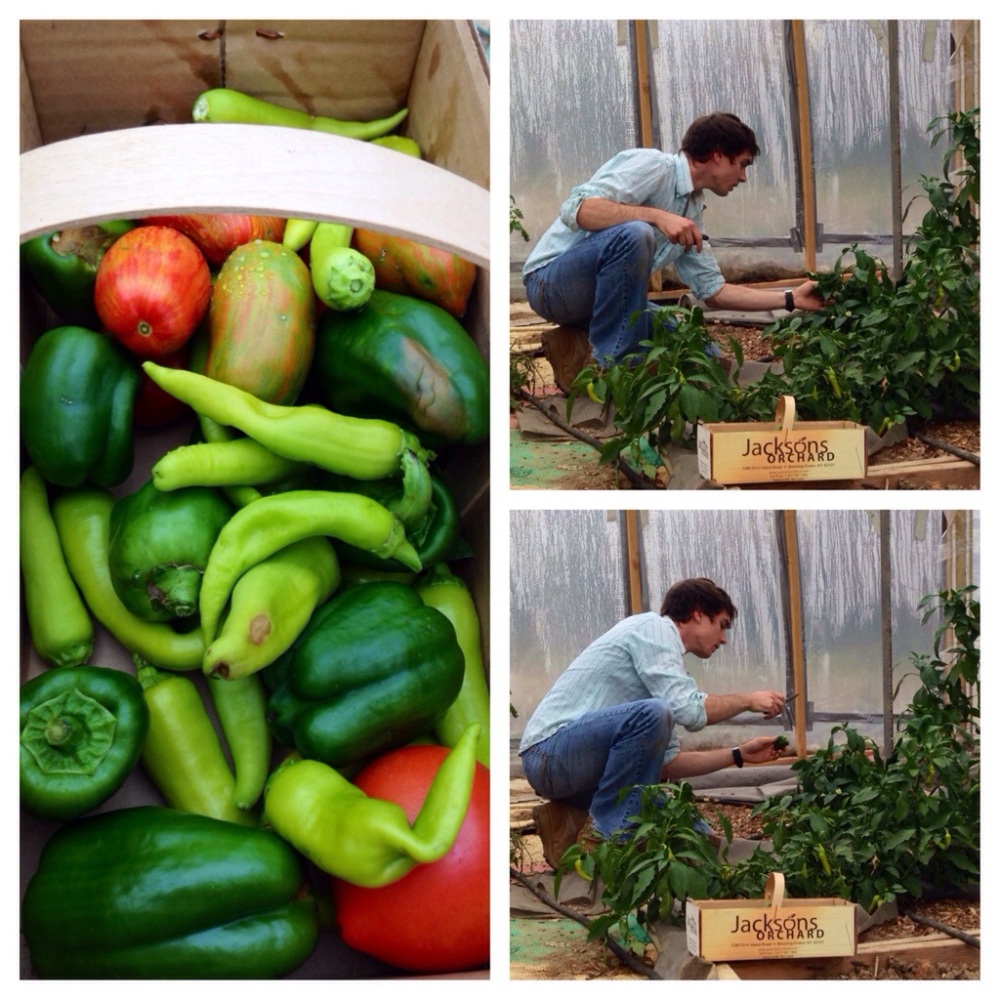 The hoop house has been sealed up for winter. It’s quite a bit warmer inside. It started raining on Saturday while we were out there. 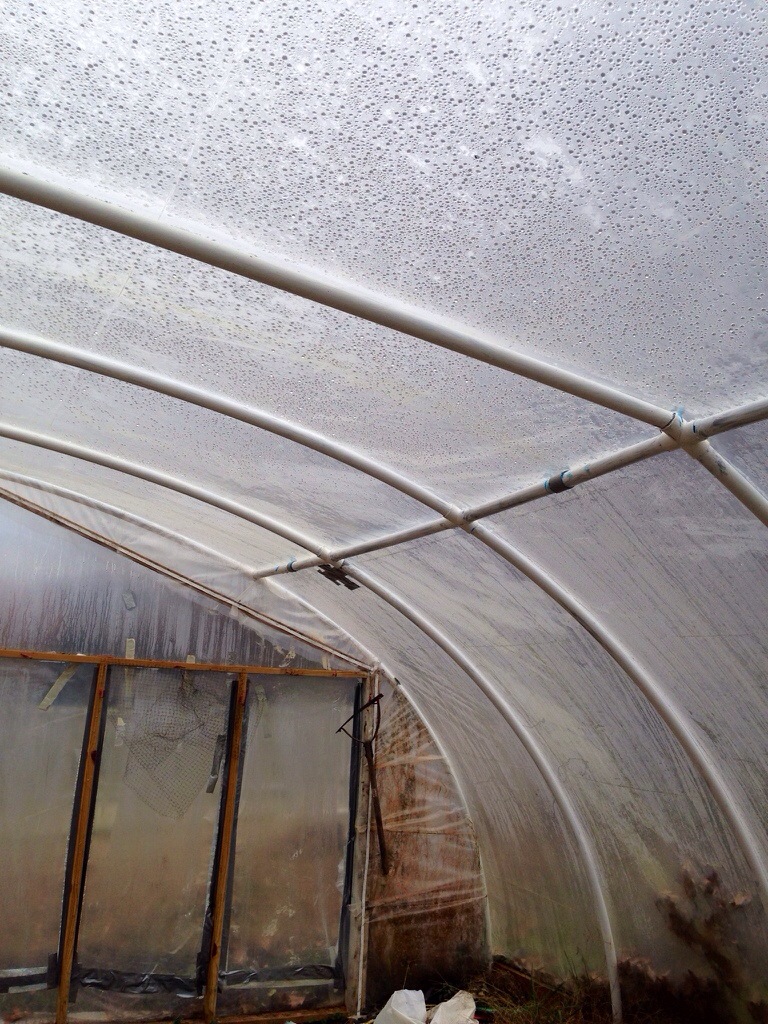 Leaves sometimes fall on the roof. Katie is positive they are out to get her. As soon as they hit the plastic, she stares. If they slide down, she watches them closely, then walks to the wall where they landed and tries to see them through the plastic. A couple of times she has sniffed really loudly at the door to see if she can smell them. 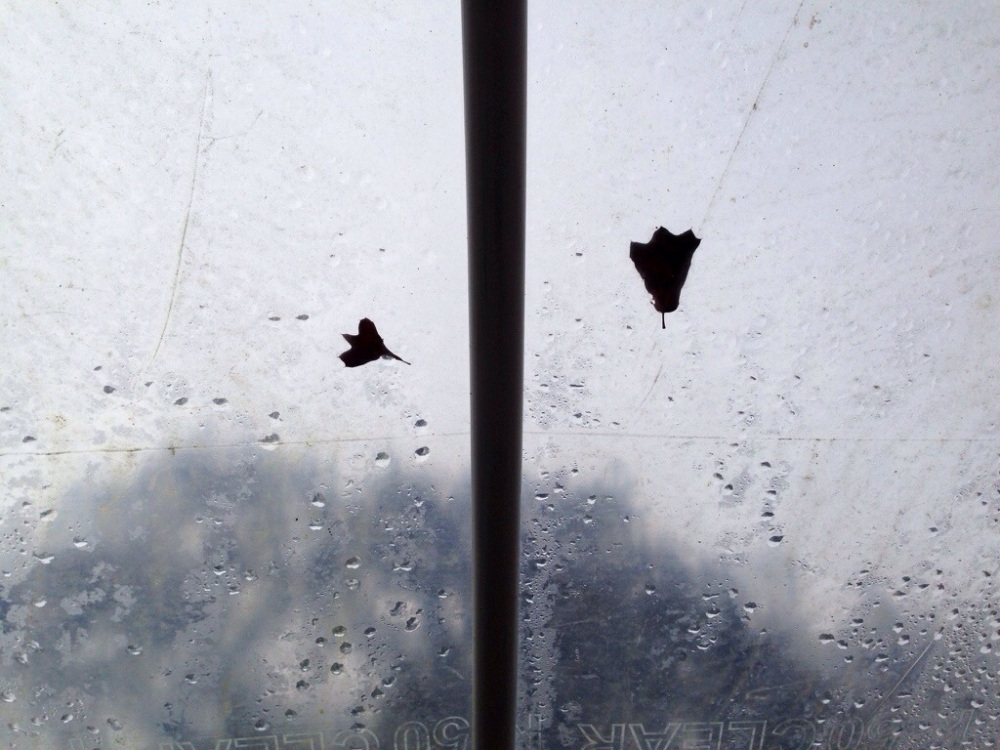 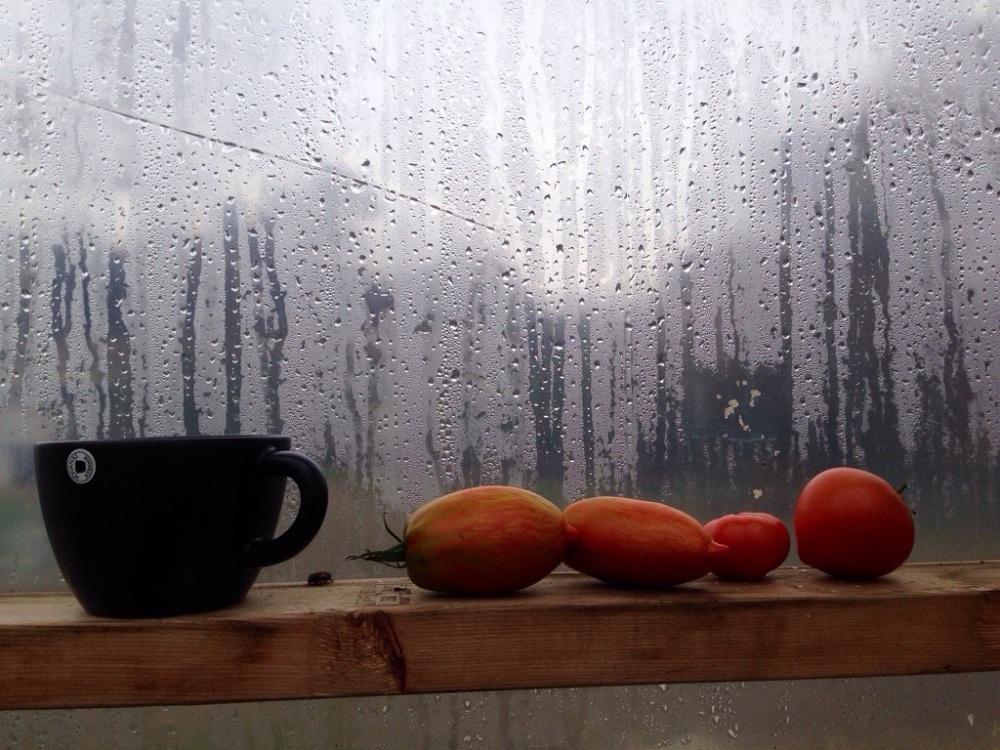 My gardening buddies.
Aren’t they cute? 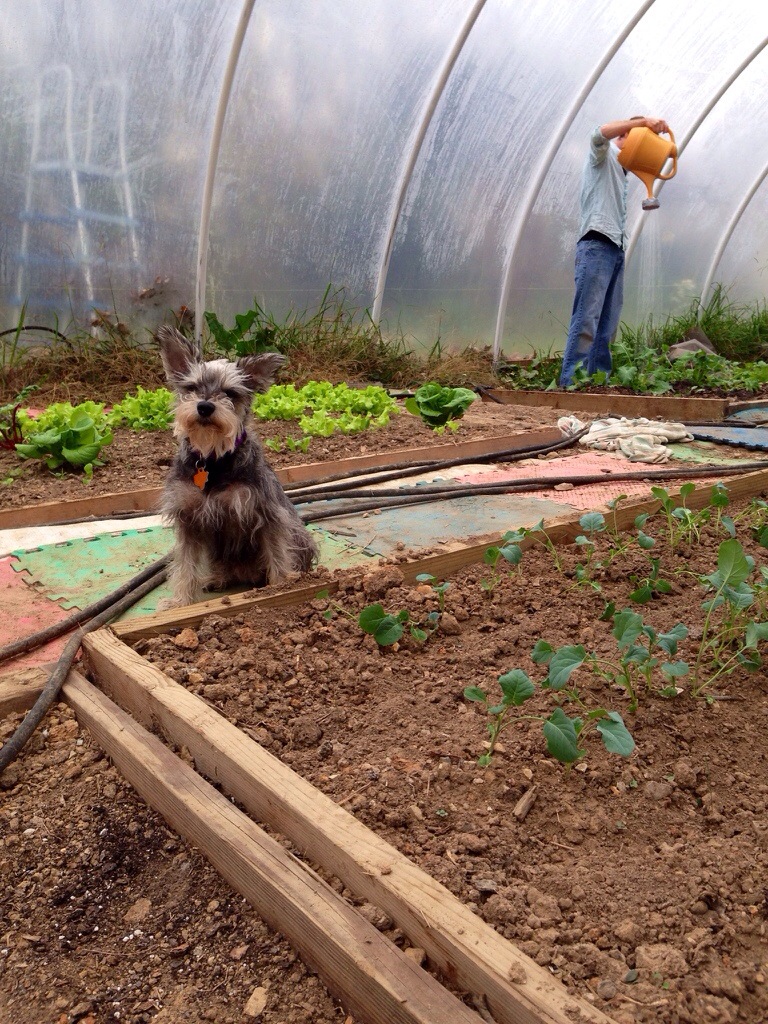 Katie is very concerned whenever S leaves the hoop house. She paces until he returns. 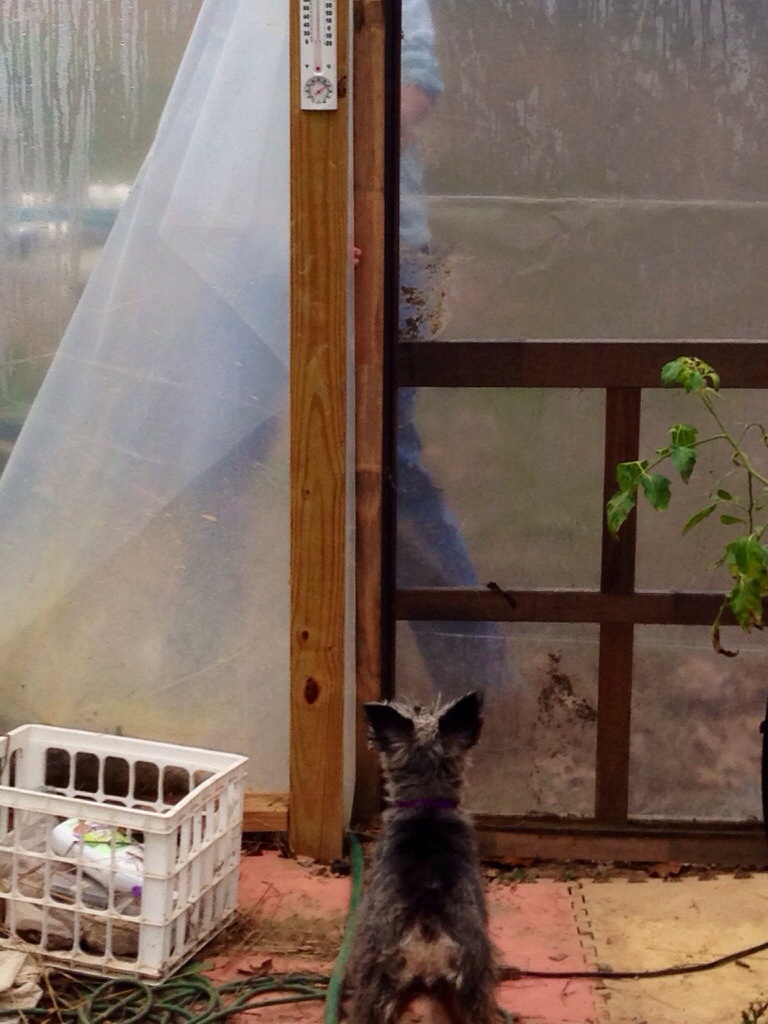 I love looking at these after they’ve been watered.
Don’t they look like wet hair?
I don’t know why I find this so amusing. 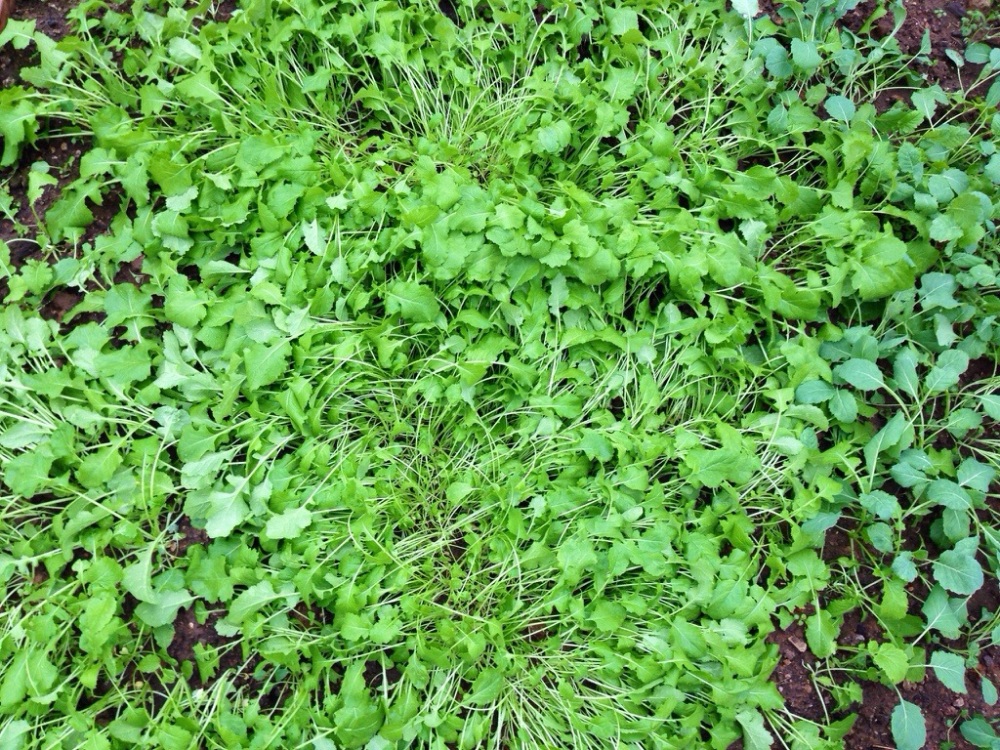