Now, I know that this is blasphemy to some to you, BUT…. I’m just not that into pumpkin flavored things. However, fall is my favorite time of the year. I love the air turning crisp, but not stiflingly cold (talking to you, Swedish winters). I love lit fireplaces and bonfires. I love hot chocolate and warm apple cider. Cold weather has, to me, always meant curling up with good books, lots of baking, big sweaters, and wearing scarves – one of my favorite items of clothing.

Now, I’m from Texas. Our seasons are: almost summer, summer, still summer, and Christmas. In other words, we don’t get a ton of cold days. Where I’m from, it snows very rarely, and wearing scarves – as much as I adore them – would be pretty silly most of the time.

In December 2010, I moved to Malmo, Sweden for 2 years. In case you didn’t know, the arctic circle runs through that country. Even the summers are cold.

This is my first fall in Tennessee. The leaves haven’t started changing yet, but I’m really hoping for a show.
As the weather has started cooling off just a little, I’ve found myself thinking of Europe. It would seem that I’ve come to associate cold weather with Europe (I wonder why. Looking at you again, Swedish winters). I kind of miss it a little, with all its strange ways and customs. Sweden is a fascinating country. I really think it’s underrated. 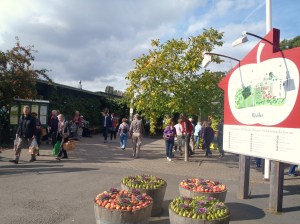 (An apple festival in a small town in Sweden called Kivik. Please notice the fruit decorations in the barrels.) 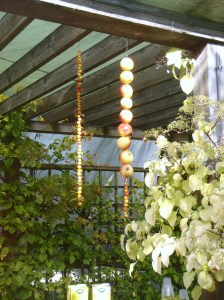 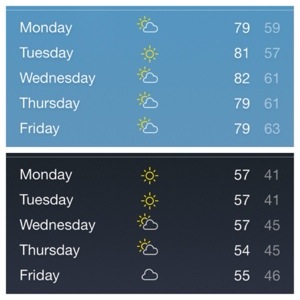 (Weather forecasts for this week. Tennessee on top, Malmo, Sweden on the bottom)