Unfortunately for S, he couldn’t come with me when I went to Texas. He had tests that week and couldn’t miss school. Consequently, he was alone (with Katie!) for the week I was gone.

S doesn’t really like to be alone, even for most of the day. He was very supportive of my trip to Texas, but I wondered how the week would go for him.

…is a food dehydrator.

I left on Saturday, and by Sunday he had already begun. 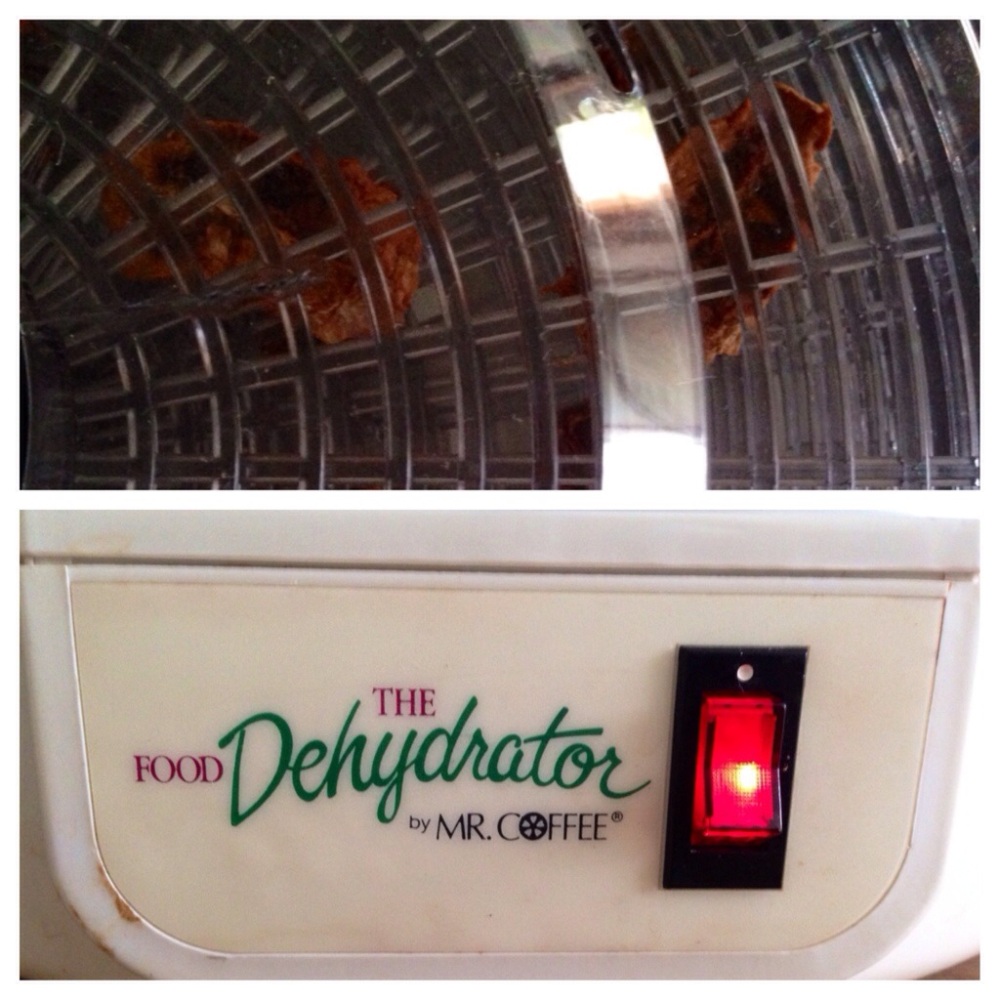 (It currently has bananas in it)

Before you ask any questions, you should know that I have no idea how this thing works, or any of the processes involved.

S called me and told me he had it, and he had bags of dehydrated apples and tomatoes, and was working on meat.

Yes. Meat.
You see, all the beef jerky I’ve found has gluten in it, so I can’t eat it. S discovered that you can make beef jerky at home – gluten free. He made a couple of batches, some spicy, some not spicy, some more crunchy, some more soft. It was all delicious.
I must say, I’m a little impressed. 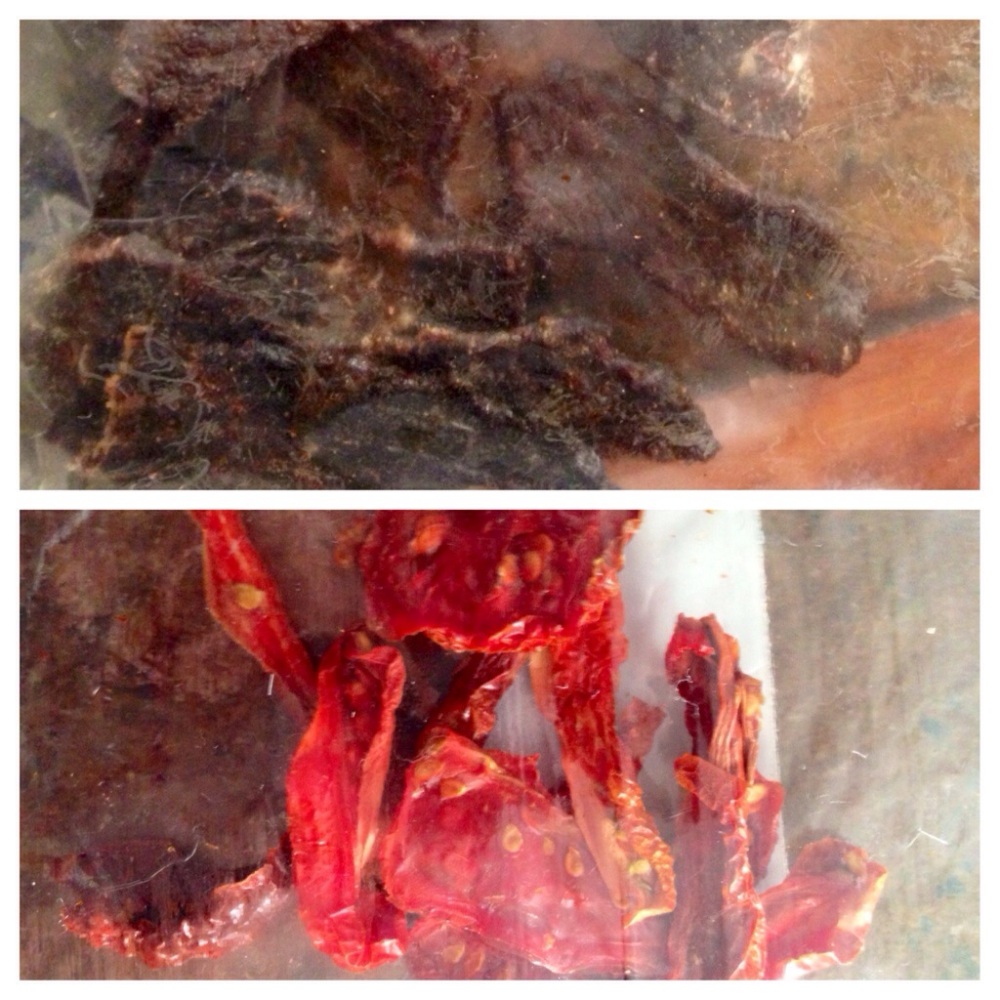 (Home made beef jerky in the top bag, and what’s left of the tomatoes in the bottom. All the apples were gone before I got home.)

Overall, I take it his week wasn’t terrible, and he got a ton of stuff done around the house.

When I came in, everything was spotless – floors, counters, sinks, toilet, shower, everything. He resealed the inside of the shower (it had been leaking a little). The laundry was all done. There were even fresh sheets on the bed. He had food there to eat. He took my wedding dress to be preserved, and dropped off the dry cleaning. He rearranged the mud room and moved out a big piece of furniture we weren’t using. There’s a lot more space in there now, and he’s got a much better spot for bike. He organized the stuff we were storing (mostly winter clothes). He had my car worked on, so all the maintenance is done. He washed the car, inside and out, and filled it with gas.
I basically won the husband lottery.