S and I have a new addition in our family: a bicycle. If you know me, you probably know that I would rather have my toenails pulled out than be forced to ride a bicycle. S, however, enjoys it. Good for him. In the last week, he biked more than 50 miles. He’s been taking his bike instead of his car to a lot of places, and wants to ride his bike frequently to school.

A lot of people have been surprised that I ‘let’ my husband ride a bike around the city. “Isn’t it a dangerous?” they ask.
Yeah, probably. But so is riding in a car. Also, he’s grown, and he doesn’t tell me what I can and can’t do. If he wants to ride a bike, he can ride a bike. What’s life without taking risks? Besides, the city we live in is very bike-friendly, with bike lanes and bike paths aplenty. No need to panic.

He was riding his bike last week after it had been raining. One of the bike paths apparently has a section that is made of wood instead of concrete. Well, when the wood got wet, it became slippery. The path was also curved, and the result was S’s first bike accident. It was pretty minor, overall, but he did get an excellent bruise: 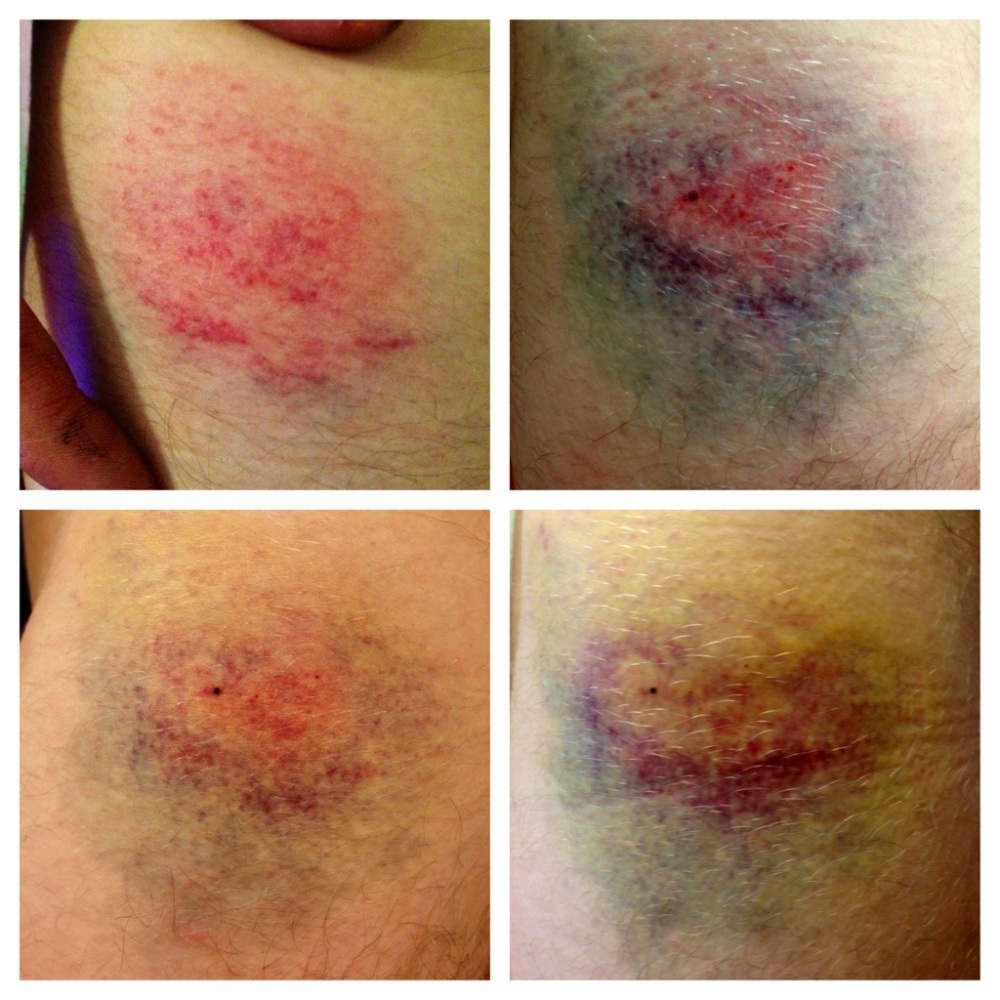 He came home, told me what happened, and showed me the bruise on his leg. We got him some ice, and he rested on the couch, – and then it hits me!

I laughed and laughed because obviously I am clever and hilarious, but, for some reason, S didn’t find it quite as amusing as I did. Apparently, it’s not as punny as I thought (yuk, yuk, yuk).